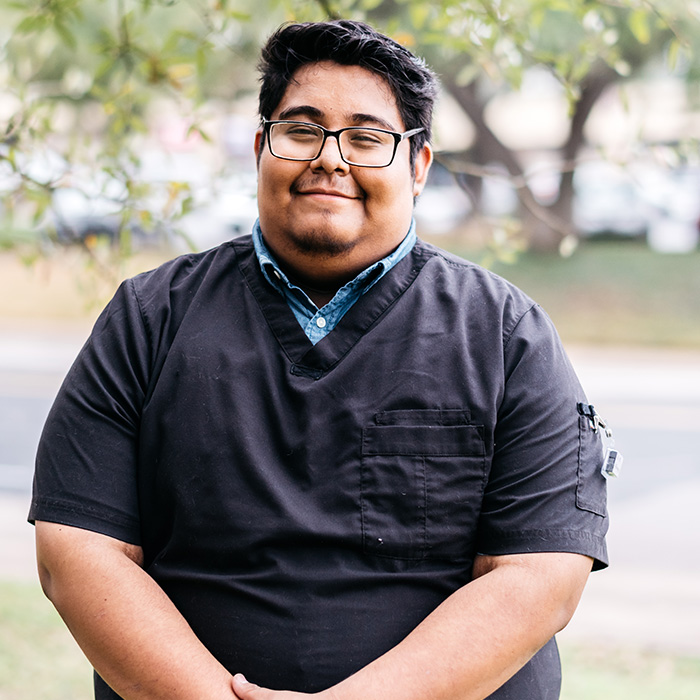 Benjamin (AKA Ben) was born in Ulysses, Kansas along with his older brother, sister, and younger brother. His family took the yellow brick road and moved to Austin, Texas when Ben was 4-years-old, so he does not remember much about Kansas. Ben decided to become a vet tech because he’s always been around animals of every kind. Even now he lives on a farm where he tends to goats, chickens, and his two dogs, Chiquita and Gorda. Ben loves animals but also says that his “interests are very nerdy”. He loves video games, comics, anime, and manga. “I am very passionate about gaming and one day wish to be in a league of legends tournament,” states Ben.

Favorite Quote: “Family don’t end in blood but it doesn’t start there either.”
~Super Natural