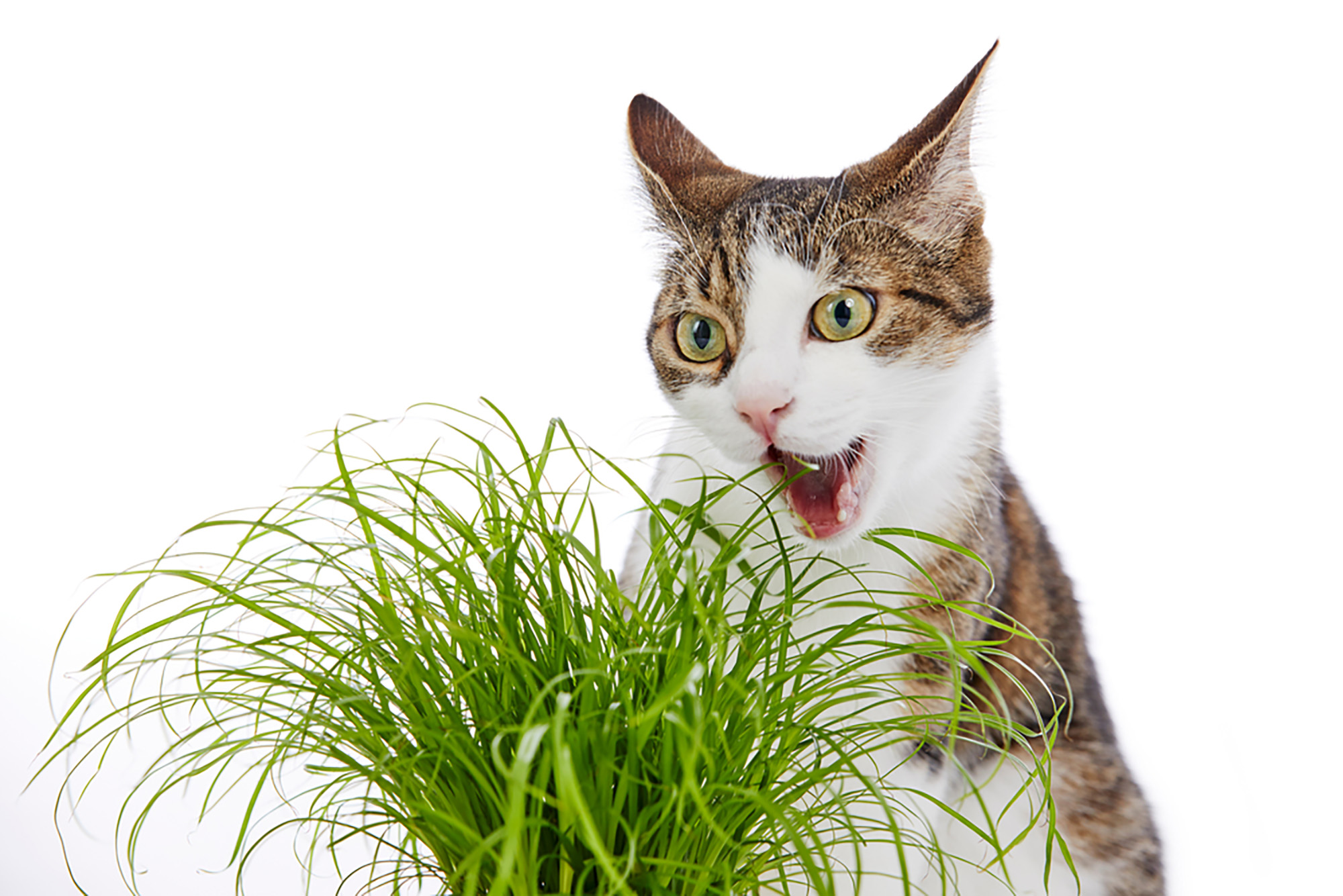 How a Wacky Weed Can Help Cats, Dogs and Humans

We’ve all heard the stories about catnip. It gets them high and they go bonkers for hours. Well, that’s part of the story.

A valuable herb from the mint family, it can be very beneficial to not just your cats, but dogs and even us humans as well.

Of course, not every cat will have the same reaction to it. For some cats they can become very mellow, they can get a slight high, or they can get extremely excited.

Technically known as Nepeta cataria (which is Latin for ‘of a cat’), catnip is also known as catmint, catwort, and field balm. Catnip is a hardy perennial herb that originated from Europe and Asia, but can now be found all over the world. The plants grow to about three feet tall and has small, heart-shaped leaves. The flowers are white or pale lavender and they bloom in late spring or early summer.

Catnip contains a chemical called nepetalactone, which is found in the leaves and stems of the plant. This substance is what gives catnip its unique effects on cats. When a cat smells catnip, the nepetalactone binds to receptors in the cat’s nose. This triggers a response in the cat’s brain that’s similar to the reaction they have to cat pheromones.

Cats are attracted to the nepetalactone oil in the plant, which causes them to get the ‘cat crazies.’ Cats will either sniff it, eat it or roll around in it…or all three. They can get pretty wound up at times, often leading to aggressive behavior, but it usually lasts for no more than 10 to 20 minutes before they start to calm down.

The plant’s leaves and shoots have been used as a major flavoring ingredient in various foods, and even in some varieties of wine and liquor. As a medical supplement, catnip has been used to help with a variety of ailments including intestinal cramps, indigestion, as a sedative, and as an appetite stimulant. Other treatments include diarrhea, hives, head colds, and cancer. Some have even smoked the dried leaves to help with respiratory issues and also to explore any possible hallucinogenic properties.

Catnip has been used in herbal medicine in both Europe and China for centuries as a relaxant, such as in herbal tea. Historically, many indigenous tribes have used it to help with upset stomach as well as illnesses such as coughs, colds, fevers, and pneumonia.

Catnip is very drought tolerant and the nepetalactone works as a repellent for a number of bugs, including flies and mosquitoes. As we have plenty of sun in Austin, catnip will grow quite well in natural light.

The key is to grow it in an area where your cats won’t get to it. Should you decide to grow it in a garden, plant it in a pot in the ground; it’s a very invasive plant and can spread crazy like mint. The plants can be easily removed from the ground this way.

Catnip is often seen as a deterrent from bad cat behavior, such as furniture scratching and destruction. If you have a scratching post that your cat never uses, sprinkle some of the dried variety on it and they may be drawn to it. The same can work with a new cat bed, where a small sprinkle may help draw them to it.

The effects from it vary from cat to cat, but it usually includes some combination of meowing, rolling around, head-butting, drooling, and increased activity. Some cats will even eat catnip, which can lead to vomiting and diarrhea.

Your cat’s response may depend on what type you use. Most cats will go for a small pinch of dried catnip, while others can explore a fresh catnip plant (which will probably be destroyed in 15 minutes). Most catnip sprays tend to be ineffective as they usually don’t have enough nepetalactone to attract them, so it’s probably best to stick with the dry or fresh varieties.

One thing to be aware of is that not all cats get “high” on catnip. Studies have shown that approximately 70-80 percent of felines, including domestic cats and wild ones alike, are stimulated by catnip.

Every cat is different, so they may not have the same reactions when exposed to catnip. Here are the most common responses:

Cats are often inclined to initially smell catnip when they first encounter it. As catnip is an attractant, the scent produces odorants that resemble pheromones, which cause cats to sniff them more than other types of plants.

Catnip can work as a sedative when digested. While smelling it can cause some hyperactivity in cats, chewing and licking the plants tend to have a more calming effect.

If your cat likes to show affection by rubbing up against you, you can expect this in abundance if they come into contact with catnip. It works as a stimulant and allows your cat to be a bit more emotional due to the nepetalactone oil. Cats will also start to stretch and roll around, often in the dried leaves, as it puts them in a euphoric state.

As the neurons in your cat’s brain become more energized and excited, they’ll become more hyper, causing them to jump, leap and run frantically all over the place. Remember that this is only a temporary thing, as the effects of catnip last no more than 10 to 20 minutes.

Your cat cannot overdose on any amount of catnip, yet they will certainly become more excited once they’re exposed to it.

Catnip also has some interesting effects on dogs. Dogs don’t react to it in the same way that cats do, but it can still have some positive effects. It’s been shown to be a mild sedative for dogs and can help to calm them down. Additionally, it can also be helpful for dogs who are struggling with separation anxiety or fear of loud noises.

Benefits of Catnip for Dogs

Catnip has helpful minerals including magnesium, vitamin C, vitamin E, flavonoids and tannins. It also has essential oils that can help your dog’s digestive system, especially if they have any gastrointestinal issues.

Here are some other ways that catnip can help your dog:

You can start slowly by sprinkling about 1/8 to 1/2 of a teaspoon of the dry leaves on their food, to see how they react to it. Another option is to put a very small amount of fresh, not dry, leaves in drinking water. If you have a puppy, they may be too excitable at first, or maybe your dog has a medical issue that may be exacerbated by catnip. Speak with your Austin vet before you try to give it to your dog, as it may not be a good match if your dog has a health condition, or is very anxious.

Overall, catnip is pretty harmless stuff, but, if you’ve recently added a cat or dog to your family and have any questions or concerns, please contact us. 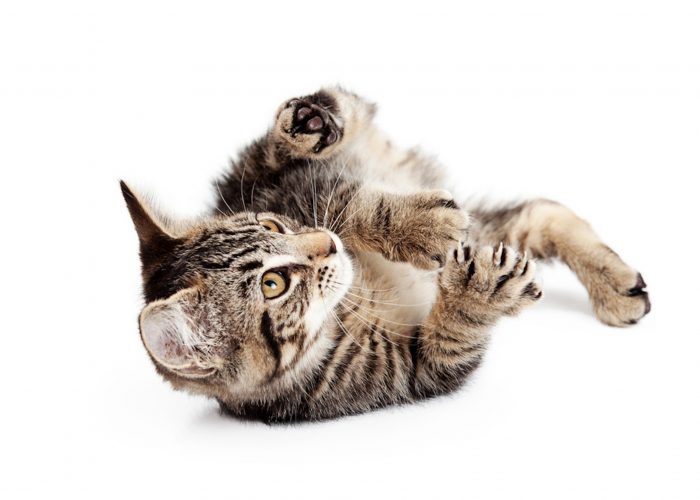 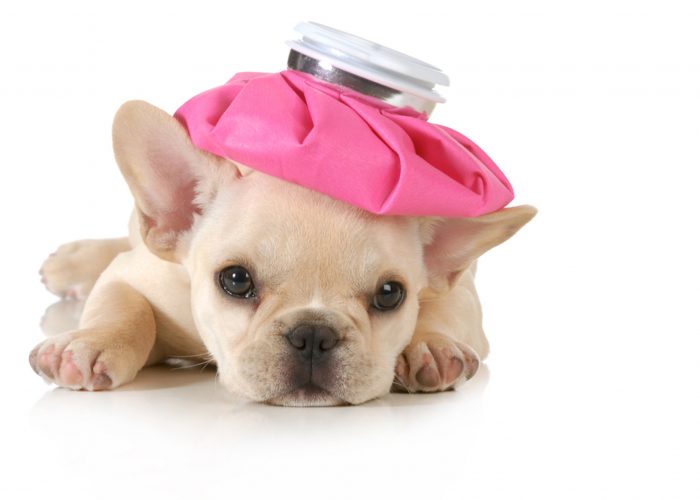 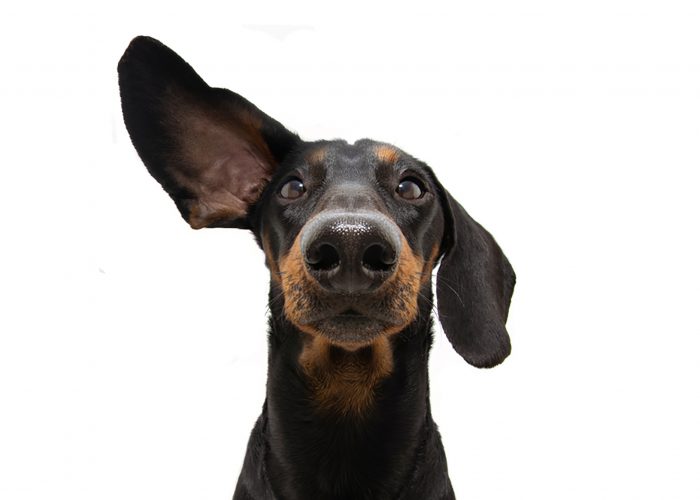